The Religious Education Council of England and Wales (REC) does not work specifically with children or adults at risk but does come into contact with them. The Charity Commission recommends that charities adopt a safeguarding policy appropriate to their own circumstances, that complies with the relevant legal frameworks. It is expected that member organisations will have their own safeguarding policies in place, and the REC policy applies only when staff, contractors, officers, Board members or authorised representatives of member organisations are engaged in REC business, acting on behalf of or representing the REC, or attending REC meetings and events.

1.1.Where used in the text below, the term “REC personnel” covers staff, officers, Board members, consultants, contractors and representatives of member organisations, when engaged in REC work, events, or representing the REC.

1.2 The REC offices are in a building shared with other organisations that may have their own safeguarding policies, and REC General Meetings are held in other premises, including places of worship and, occasionally, schools. There may be additional safeguarding considerations in these places, and it is important for those involved in organising meetings to make themselves aware of any issues that may arise in addition to those covered in this policy.

2.1 The key principles underpinning the safeguarding of children and adults at risk at the REC are:

• The REC will maintain an organisational culture that prioritises safeguarding, making it safe for people to report incidents and concerns.
• The welfare of the child or adult at risk is paramount.
• All children and adults at risk, without exception, have the right to protection from abuse regardless of gender, ethnicity, disability, sexual orientation, religion or belief.
• The REC will ensure a safe working environment in meetings and online.
• All concerns and allegations of abuse will be taken seriously by trustees, staff, and volunteers.
• Incidents will be handled promptly, as they arise, and reported to the relevant authorities.
• The REC is committed to safe recruitment, selection, and vetting of staff.
• The policy applies to all personnel including Board members, staff, consultants, and volunteers.
• This policy will be reviewed annually by the REC Board.

2.2 The REC does not work specifically with children under the age of 18, or adults at risk, but there are occasions where individuals in such groups may be involved in REC activities, or where REC personnel (staff, Board members, consultants etc.) may come into contact with children and adults at risk in the course of REC business.

The REC may organise events that involve a school or groups from a school or other educational institution bringing a supervised group of pupils under the age of 18 to a special event (for example, as part of the Young Ambassadors scheme). Such an event would be planned and overseen by a DBS-checked member of the REC staff, who would satisfy themselves that the school’s safeguarding policies and practice were appropriate for the event. At such events the primary safeguarding responsibility is that of those accompanying the pupils aged under 18. In the event of REC staff, Board members, officers, consultants or others representing the REC visiting a school, the person concerned should obtain details of the school’s Safeguarding Lead and let them know if do not currently hold a valid DBS, and thus require supervision in their sessions.

2.3 Safeguarding provisions relating to the RE Quality Mark (REQM), in which assessors carry out their work in schools, have additional components and are detailed in Appendix 3.

2.4 REC personnel may come into contact with adults at risk (for example, at events), but this will not be a routine part of their work. (See appendix 1 for definitions of adults at risk)

3. The purpose of safeguarding

The purpose of safeguarding is to protect people’s health, wellbeing, and human rights, and to enable them to live free from harm, abuse, and neglect. Below are the most common categories of abuse:

This list is not exhaustive, and people may be subject to a number of abuse types at the same time.

Board members and the Chief Executive, on election/appointment, will be asked to sign a declaration confirming that they are not disqualified under the automatic disqualification rules.

The forms can be found at Appendix 4.

Disclosure and Barring Service (DBS) checks shall be carried out on the Chief Executive Officer and the safeguarding lead on the REC Board.
The DBS must be obtained through a reputable body. https://dbs-ub-directory.homeoffice.gov.uk

If there is a concern that abuse may be taking place (including concerns about allegations), the following actions should be taken:

8. What to do if a child or adult wishes to disclose abuse

Write down your concerns as soon as possible. This ensures you do not forget anything about what an individual has told you. The information you should try to record is as follows:

It is important that staff who may have contact with children and/or adults at risk are appointed with due consideration of their fitness to their role in accordance with the REC safeguarding policy. Where necessary, recruitment panels should include at least one member who has had recent (in the last 3 years) training in safer recruitment.

12. Terrorism and the Prevent Duty

REC staff and Board members should have an awareness of the ‘Prevent’ strategy pursuant to Section 26 of the Counter-Terrorism and Security Act 2015 and its “three strategic objectives:

Terrorist groups often draw on extremist ideology, developed by extremist organisations. Some people who join terrorist groups have previously been members of extremist organisations and have been radicalised by them. The Government has defined extremism in the Prevent strategy as: “vocal or active opposition to fundamental British values, including democracy, the rule of law, individual liberty and mutual respect and tolerance of different faiths and beliefs. We also include in our definition of extremism calls for the death of members of our armed forces”.

REC staff and Board members should be mindful of their responsibilities in these areas when engaged in the business of the REC.
See Revised Prevent Duty Guidance: for England and Wales last updated 10 April 2019

Section 59 of the Safeguarding Vulnerable Groups Act 2006 states that an adult is at risk if, having attained the age of 18, s/he:

An adult may also be considered ‘at risk’ if they are unable, for any other reason, to protect themselves against significant harm or exploitation.

The UK Government report, “Working together to safeguard children” (2015), states: Safeguarding and promoting the welfare of children is defined as:

Child protection is part of the safeguarding process. It focuses on protecting individual children identified as suffering or likely to suffer significant harm. This includes child protection procedures which detail how to respond to concerns about a child.

These clauses apply to REQM assessors who are contracted by the REC to carry out assessments in schools.

It is the assessor’s responsibility to familiarise her/himself with the relevant safeguarding policy and procedure of the school in which s/he is carrying out the assessment.

Schools will have their own requirements for safeguarding as it applies to visitors, and assessors will be expected to comply with these. It remains the responsibility of schools to verify the identity and safeguarding credentials of those who conduct assessments on their premises.

You are automatically disqualified from acting as a trustee or senior manager if:

1.You have an unspent conviction for any of the following

a)  an offence involving deception or dishonesty

b)  a terrorism offence

f)  an offence of misconduct in public office, perjury or perverting the course of justice yes/no

2.You are on the sex offenders register (ie. subject to notification requirements of Part 2 of the Sexual Offences Act 2003)

4. You have been found guilty of disobedience to an order or direction of the Commission under section 336(1) of the Charities Act 2011.

5.You are a designated person for the purposes of Part 1 of the Terrorist Asset-Freezing etc. Act 2010, or the Al Qaida (Asset Freezing) Regulations 2011.

6.You have previously been removed as an officer, agent or employee of a charity by the Charity Commission, the Scottish charity regulator, or the High Court due to misconduct or mismanagement.

7.You have previously been removed as a trustee of a charity by the Charity Commission, the Scottish charity regulator, or the High Court due to misconduct or mismanagement.

8.You have been removed from management or control of anybody under section s34(5)(e) of the Charities and Trustee Investment (Scotland) Act 2005 (or earlier legislation)

9.You are disqualified from being a company director, or have given a disqualification undertaking, and leave has not been granted (as described in section 180 of the Charities Act) for you to act as director of the charity

10.You are currently declared bankrupt (or subject to bankruptcy restrictions or an interim order)

11.You have an individual voluntary arrangement (IVA) to pay off debts with creditors 12. You are subject to a moratorium period under a debt relief order, or a debt relief restrictions order, or an interim order

13. You are subject to an order made under s.429(2) of the Insolvency Act 1986. (Failure to pay under a County Court Administration Order.) 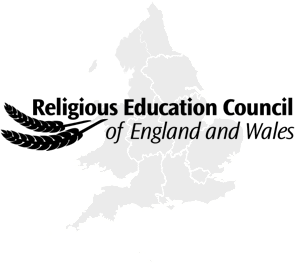 Join the REQM community and help to build an effective RE in your setting and across the wider education world.